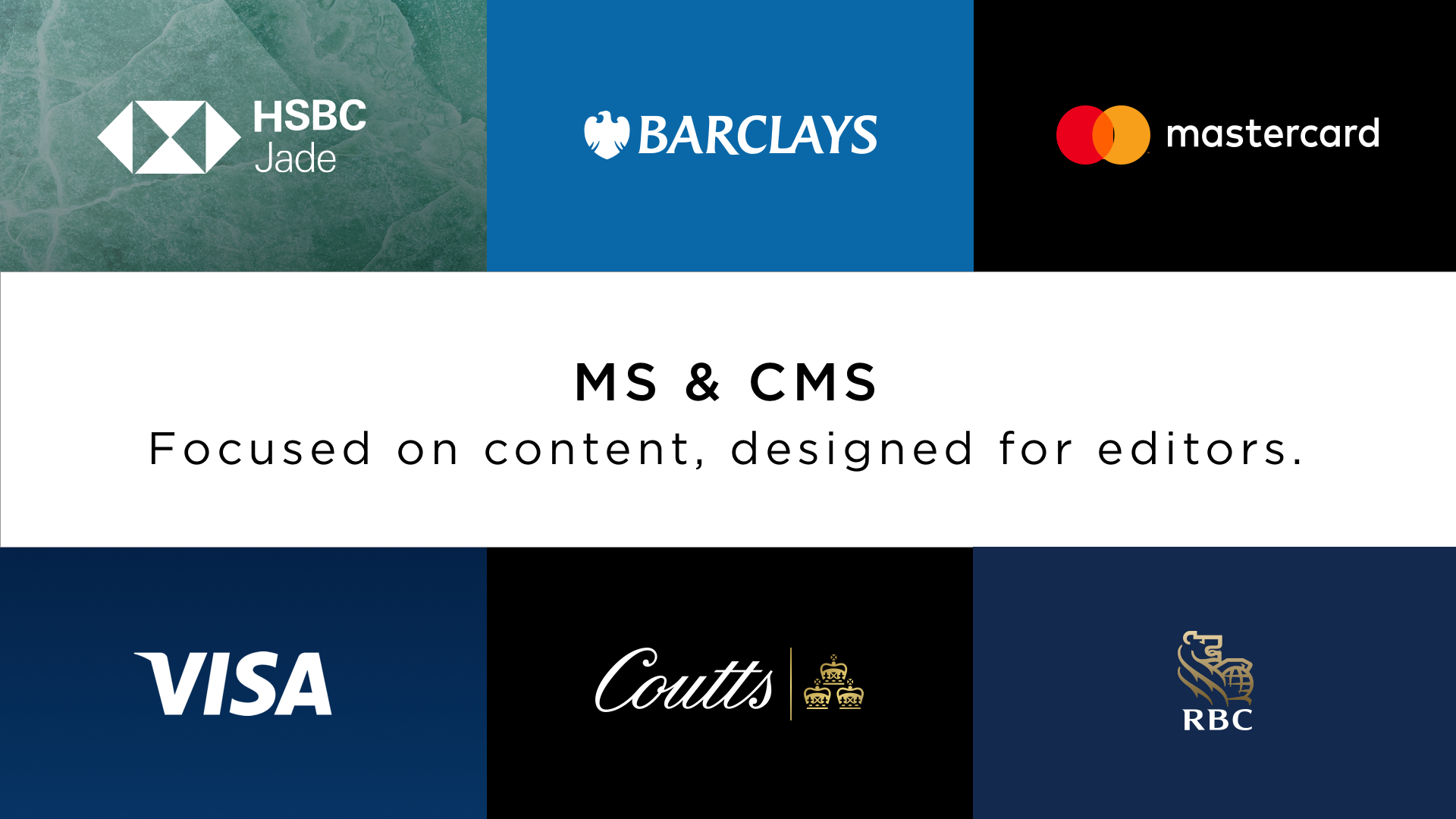 TIM operates in 20 different cities around the world, providing for hundreds of users. The challenge is translating the content into 11 languages, uploading images, managing inventory and publishing it on more than 200 different websites.

I started to work for TIM in April 2017. The company decided to change the CMS and Content Inventory System to answer the requests coming from different offices around the world. They tried to solve the problem using a Django Admin CMS framework, without enquiring about their account managers and content editors’ needs. We tried to learn from these past mistakes. and explore multiple solutions.

We had 6 months, and a team of 6 people, including developers.

The company needed to speed up the productivity and increase the efficiency of managers and editors uploading content onto their brand new platform. The inventory system also had to allow users to upload four content types: tickets, restaurants, benefits, suppliers and articles. The content has to ultimately be published into multiple websites.

We divided the research into four parts from a list of competitors we have previously selected. After this, we extracted the strongest points of our competences and used them to our advantage.

I created some general questions by focusing on three areas: company, user and competence, considering all modules. 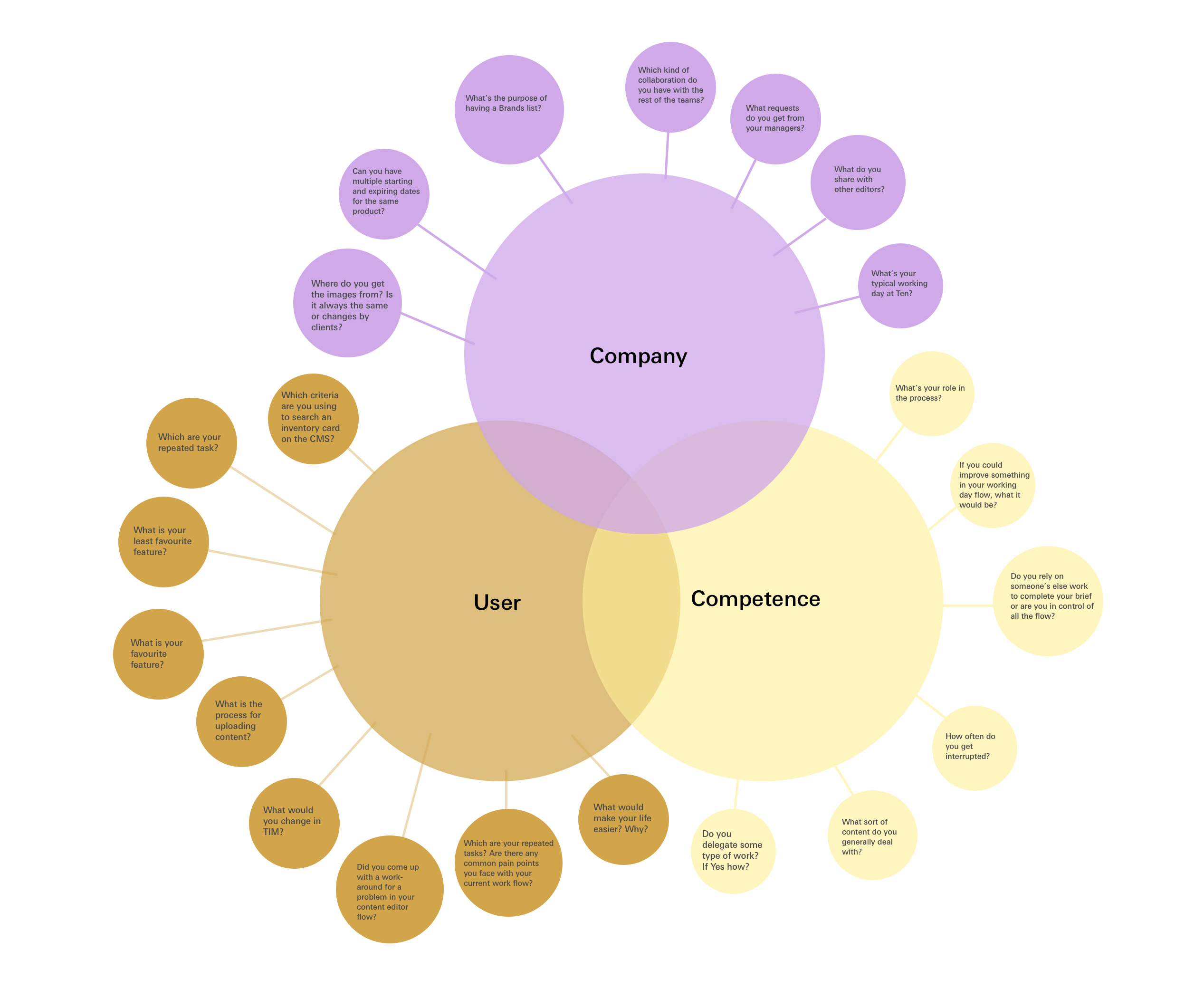 To speed up the work, I divided the questions with the other team members and began researching them. In my case, I had to research TEN Concierge to trying to get insights about how their business currently works.

With the data collected, we then formulated specific questions in a survey

We detected multiple pain-points after the interviews, so we decided to detect the most important ones for us and to trace the route to follow throughout the project. 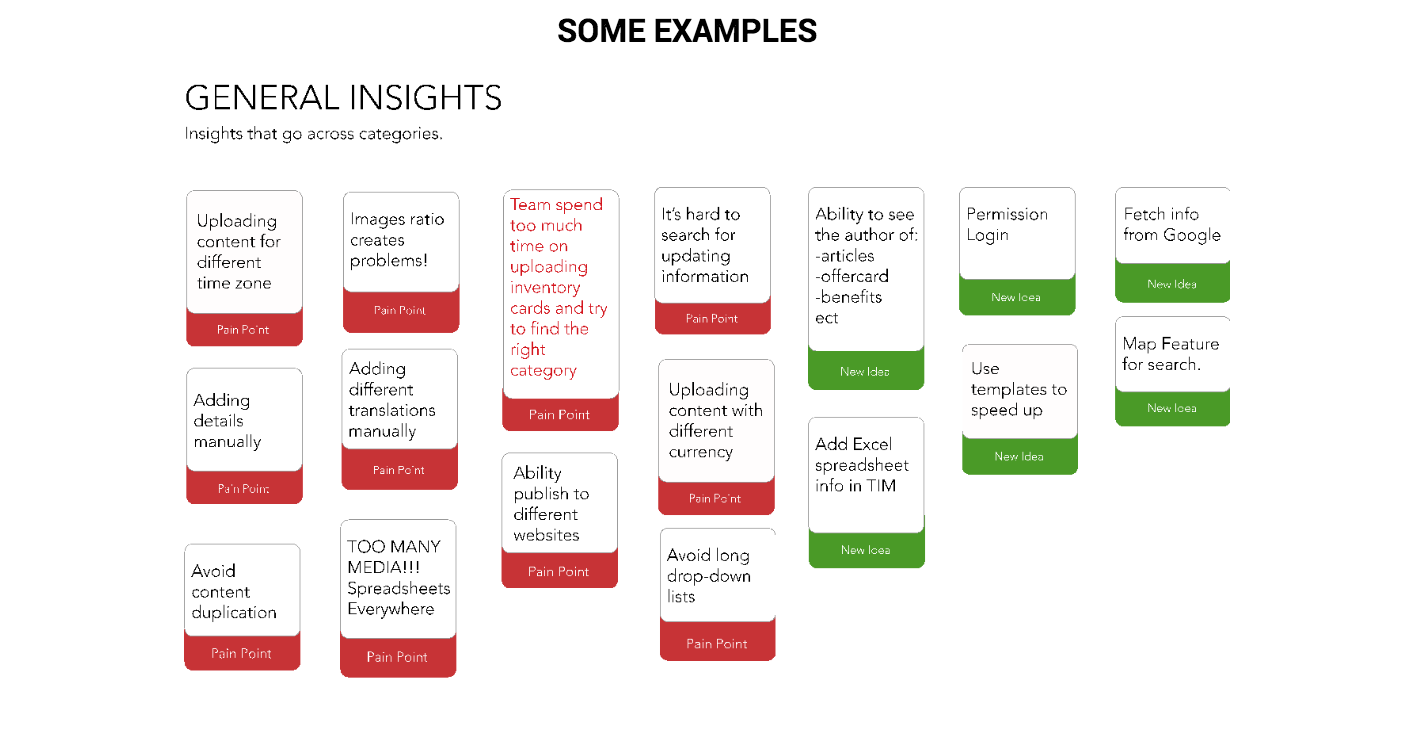 We decided that improve the search functionality, create a clever filter system, refine the selection of time zone and currency, translate the content in multiple languages, speed up the upload of content was going to be our main problems to solve.

The next step we took is to use the MosCow method, which will allow us to prioritize what features our product will have in order to offer the user the tightest possible solution. 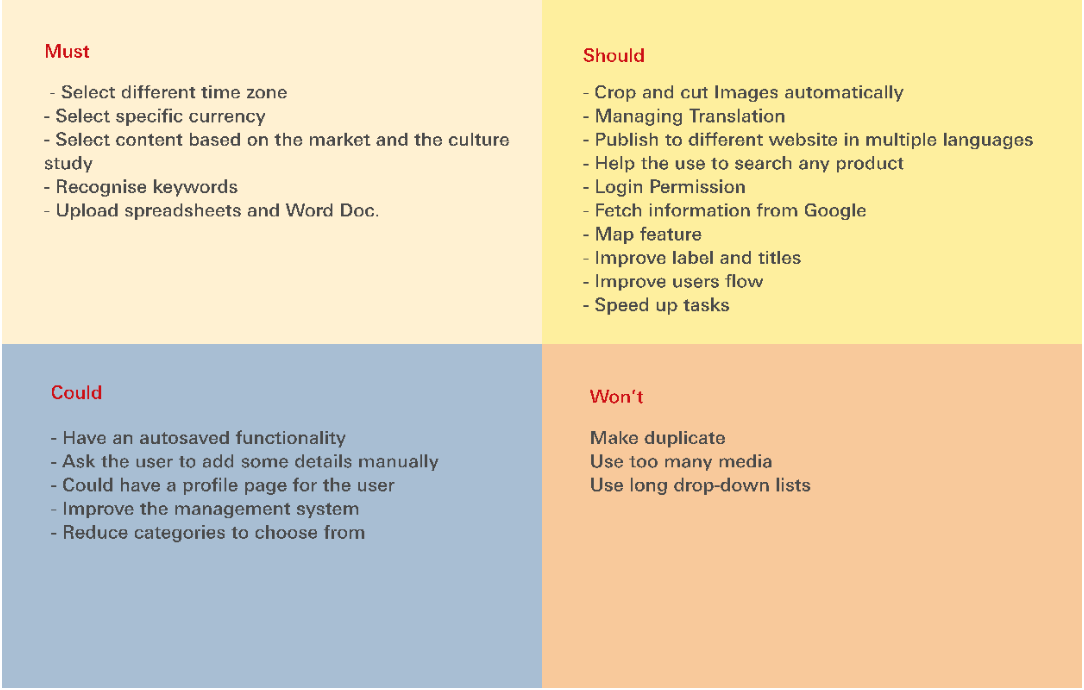 We can begin to envision a solution that brings together all the desirable features for our product and solves the major problems that our competitors are unable to handle.

We define the path that our user will follow within the software by means of a flowchart, which will allow us to know beforehand how he will move within it, where the data and its importance will be found. 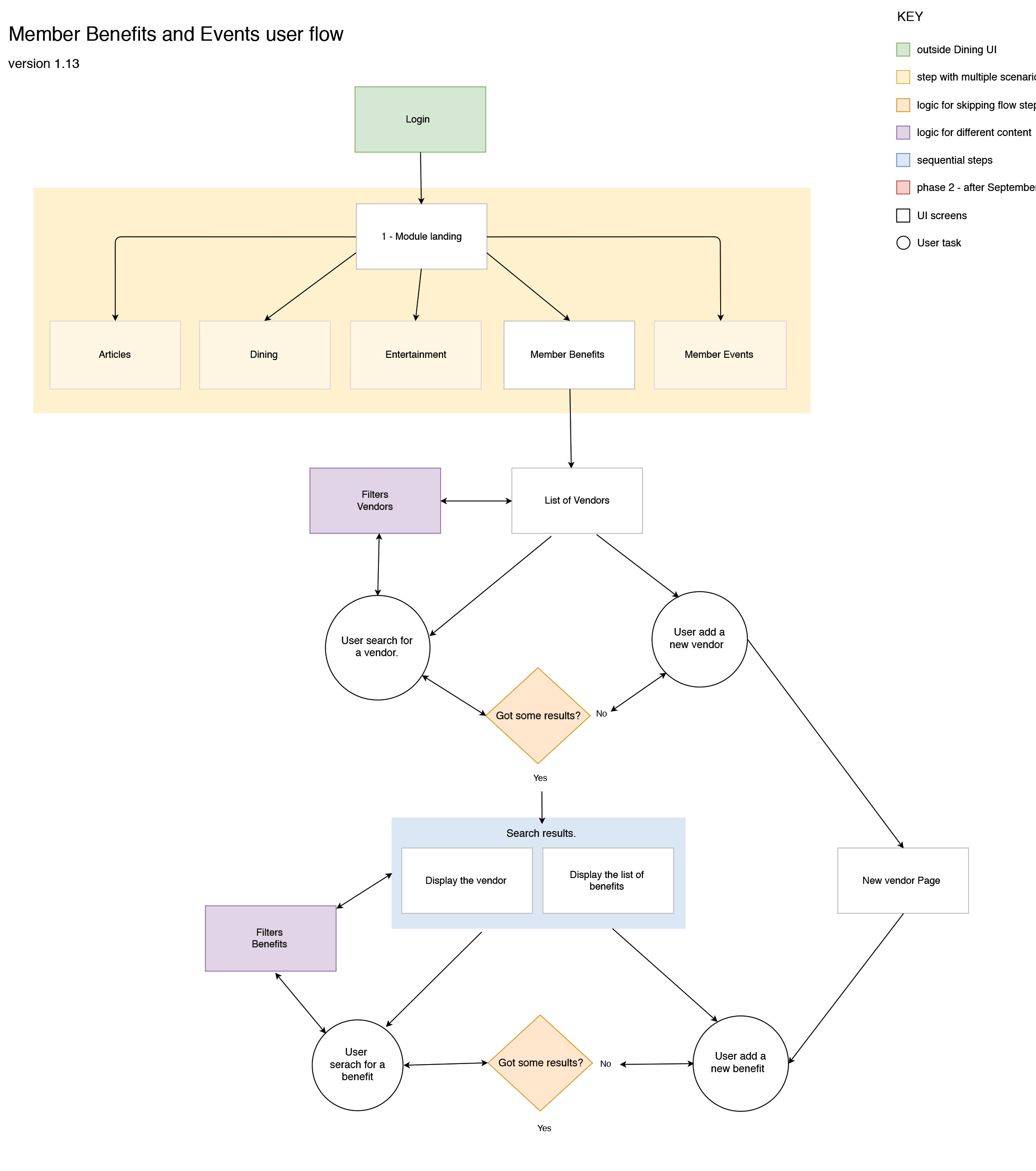 We started the design process with some wireframes of the possible high fidelity interface to help us represent the solution and quick start the production of it. 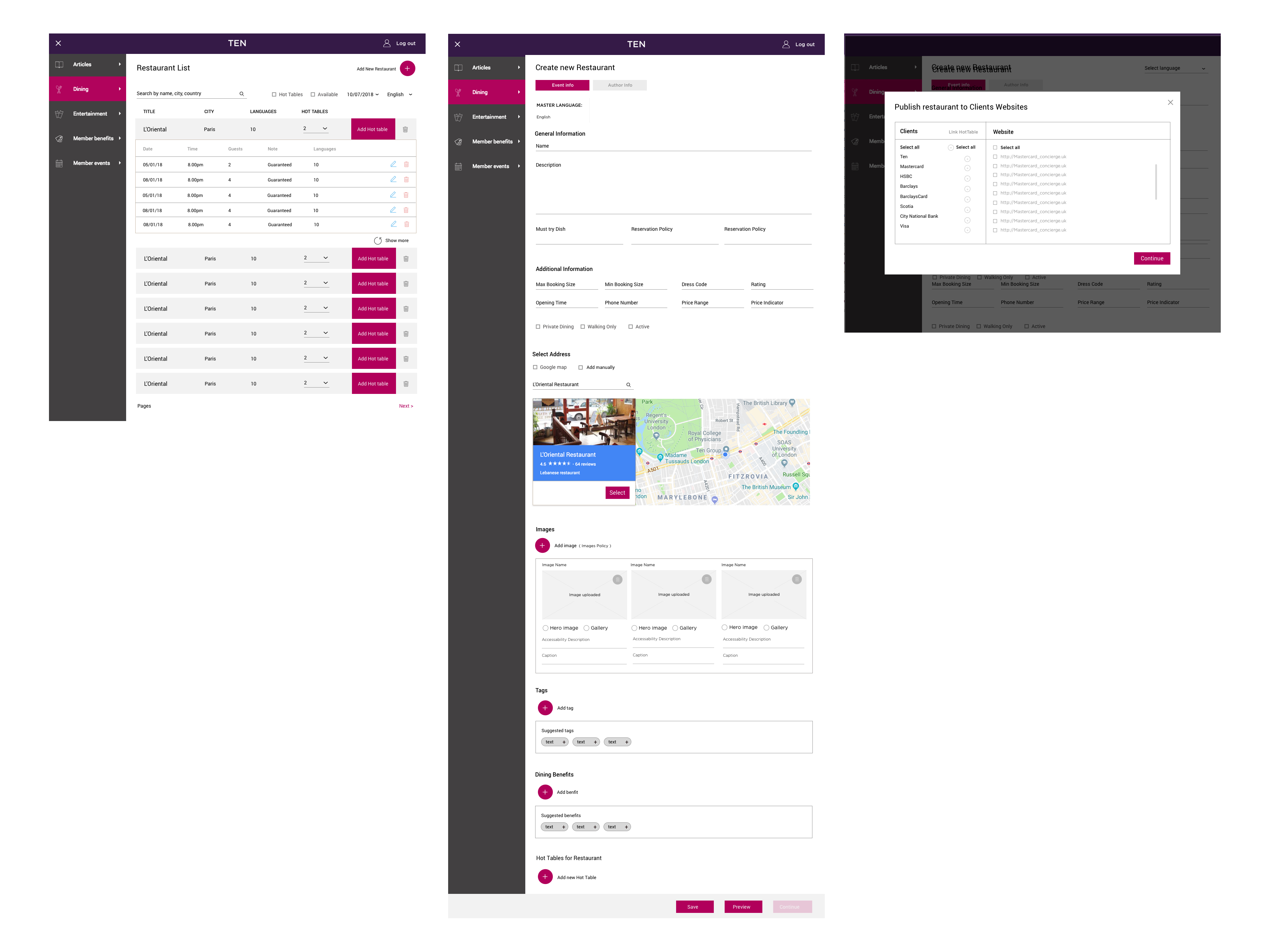 In addition to the general improvements, we gave users the ability to upload Word Docs, Google Docs and general Notes. We created special rules for some clients. (For example: Sharia countries are not allowed to show some themes in their pictures). We sought to avoid long drop-down list. We allowed users to communicate and share suggestions with editors from every office in the world. We gave them the freedom to tailor paragraphs, images and quotes.

We provided a structure to work with keywords and SEO strategies. We gave users the ability to translate and publish content to related schemes in quick steps.

In addition to the general improvements, we gave users the ability to upload Spreadsheets and general Notes. (For example: a long list of restaurants). We allowed them to upload content in different time zones and fetch restaurant details and maps from Google (with Chinese exceptions).

The platform has been tested with several users and has gone through several iterations.

I created clickable prototypes with Invision for user testing and validation.

The core of the app is built using Angular and Angular Material Library to ensure that we could launch in 3 months.

In the Third Phase of the project, I worked with the front-end team implementing Angular material components.